The true horror of the A1/Stanmore/Edgware car boot sale is something that will live with me  and no doubt our friends who experienced it with us, forever.

After a couple of false starts for the Wawn’s and the Wildings, firstly getting up at 6am & filling our cars with kids & lots of junk to find that it wasn’t on until the next day.  Getting up early the next day (car still full of junk) and then heading off to find that that particular car boot had closed down… had a giggling  fit on the motorway (mostly out of frustration)…..composed myself  – mainly cause I was scaring the children…….we then found another car boot, probably the most salubrious of all!

Paid the £12 (thieving swines) to enter and immediately felt an urge to turn round and run!

Thousands of junk hungry low lifes (sorry if I offend anyone!) followed our cars in and swarmed as soon as we stopped.  We managed to get some of our stuff out of the car but it was being grabbed/stolen and they were trying to climb in the car to pilfer more…

I locked the poor kids in the car as I honestly had visions of them being nicked whilst my back was turned.  A fight broke out on the Wildings stall!

Anyway as the day progressed things calmed down, but we found many things were stolen.  No one had more than loose change to spend so the junk was sold for the price of junk… hey ho at least it’s not cluttering up the house or garage anymore.

So beware if you are planning a car boot sale. My advice is to head for the leafy slopes of The Chalfonts or the Yummy Mummy villages of Berkshire.   AND DON’T TAKE THE KIDS! 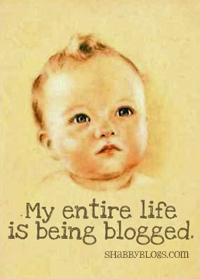